Urban Forms and the effect of Pandemic 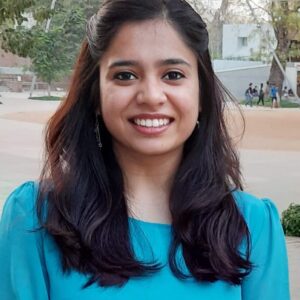 The recent studies indicate that the cities in India have reached their maximum population limits. As a result of which they are moving towards urban sprawl. To guide this growth and development, the cities across the globe opt for a long-term planning document usually referred to as a Master Plan. The Indian master plans from the past few decades have taken modern concepts of satellite towns, which result in interminable travel distances. The result of an auto-dependent development that leads to the spreading of the city taking in more rural land is referred to as Urban Sprawl. In the non-metropolitan cities, on the contrary, most of the master plans of the current Indian cities are static or out of date. Despite this comprehensive planning tool, a major challenge that the cities are facing is the overlap through the 3 tiers of Indian government which eventually leads to diffused accountability across agencies and governments. Thus, the state government often cannot function effectively at the local level.

Any development planned as a part of a Master Plan requires land as a key resource. Part XI of the Indian Constitution identifies the land as a state subject whereas it is the Concurrent List that still incorporates many matters about the land. Hence, though there are laws made especially to remove restrictions and rent control on land, licit tools for their operation are still missing. For instance, the Floor Space Index (FSI), zoning via land use (as popularly practised in India) and development control regulations often are found inappropriate at the implementation stage of planning. Another example is the public transport services that sometimes cannot take into account the non-motorised transit system for the pedestrian population of the city. Planning for bicycles and handcarts is one area that planners in India need to focus on. Planning for such issues also targets a sustainable future that the cities require.

The 21st century and previous urban areas have seen an exponential rise in the population. The cities have achieved double the population in the past 2 decades than it had achieved in 50 years before that. Urbanization has given rise to an influx of uncontrollable population, which could not find suitable infrastructure to sustain a healthy and positive lifestyle. Not solely the corruption in the government is responsible for the cataclysmic approach, but also, the planning issues dealt during earlier centuries could not find their place amongst a holistic urbanized community. This has led to the fact that the influx of population is forming dwellings and satisfy the accommodation and business needs. Hence, there is a dire need to control the sprawl and take the area into the planning boundary.

Sprawl leads to higher emissions and interminable lengths of infrastructure resulting in higher expenditure for the state. Though it is inevitable to avoid sprawl, yet the expansion needs to be planned to cater to the infrastructure requirements of the future. Besides this, sprawl promotes incoherent communities as compared to the well-knit neighbourhoods that the compact city provides.

It may be the notion that higher the densities the more compact a city is. But a compact city also ensures better accessibility and reduced dependencies on motorized vehicles and hence less pollution. As India’s current contribution of vehicles to pollution is 30%, this strategy for both existing and newly planned city could be an effective one. It is a symbol of walkable and cycle-friendly neighbourhoods. Yet not only accessibility but compact cities can cater to the urban forms being sustainable. This concept includes mixed-use spatial characteristics within dense settlements which promote self-sufficiency and social justice in terms of active public relationships. A prominent example of this would be Manhattan where the neighbourhoods are re-zoned block by block to incorporate the additional population on the same area of land as the city was already saturated to its ends. A compact city principle leads to lower energy consumption, pollution (especially vehicular) and emissions. The growth of the city needs to be in line with the population in future and it is crucial to make good verse plans of all the aspects of planning with all actors in place backed up with sufficient budget to execute the compact city proposal.

Jaipur is India’s first planned city where today, the recent population growth and unplanned development has created infrastructure challenges. It is one of the 100 resilient cities of the world and has the lowest per capita green space (1.88 m2/person) amongst the metropolitan cities of India.

Measures to impose compactness vary from city to city. The first response to control growth in a city such as Jaipur may be to regulate the planning boundary prohibiting development beyond a virtual yet definite line and preserving the land for agriculture or bio conservation. A similar approach is undertaken in the Master Development Plan (MDP) for 2025 where the development is limited to urban area-1 (U1 Area) boundary and beyond that are 5 other urbanisable areas that include a transport development zone, its buffer, eco-sensitive zone, green zone and ecological areas. One of the key focus of MDP-2025 is the urban greens for ensuring the sustainability of the city. The MDP-2025 also focusses on the quality of life through the green belt (234 sq. km. in 1976 MDP) to reduce urban and rural level divide. According to India State of Forest Report (ISFR, 2019), although the green cover has increased in the past 4 years, it is still deficit to the mandatory 20% proposed in Master Plan 2025. However, the adequacies of these urban green spaces in Jaipur requires more profound research on the planning processes involved.

One of the most importunate concerns that urban planners are bound to face is to choose between densification and concentration. World Health Organisation says that the cities could make inhabitants vulnerable to communicable diseases such as novel coronavirus. United Nations Agency for Housing and Urban Development says that one benefit of a compact city is the ease of access to public facilities and ease of developing efficient infrastructure, which provides support during the tough times that the world is facing. The author believes that pandemics are an urban planning matter that is said to shape cities. The lockdown has pushed people to stay home. Hence, it is in the hands of architects and urban planners to help the public adapt to a post-pandemic society. For that to happen, the author suggests that the alternative approaches of organising urban infrastructure should be in conjunction with the social distancing principles. The companies today are determining ways for employees to work from home and the workers are becoming accustomed to it. This indicates another potential impact of the pandemic that is, the augmentation of the digital infrastructure. Another implication attached with this influence is if the proximity to workplace is not a component in choosing one’s residence, the urban planning could advance towards a world in which the traditional commutes may dissolve leading to the rise of city-centres and distant urban settlements.

In conclusion, the post-pandemic urban planning measures should collectively ensure that our cities attain the fundamental balance between addressing the global concerns and attending to the needs at the local level.